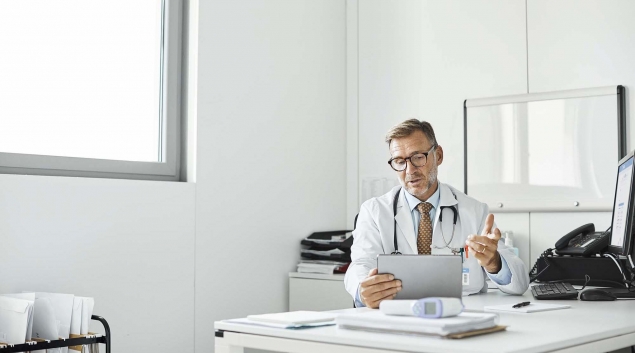 Despite the rapid adoption and expansion of telehealth, a majority of physicians view the technology as a barrier to monitoring patients at risk for drug misuse.

This was just one of the findings of a Quest Diagnostics Health Trends report, which also found almost 70% of physicians fear they missed signs of drug misuse during the pandemic.

There was also the worry that rising mental health issues caused by the pandemic are adding to prescription drug misuse, with the vast majority (94%) of physicians surveyed reporting patients with higher stress and anxiety levels, among other mental health issues.

Dr. Harvey Kaufman, director of Quest Diagnostics’ Health Trends Research Program, explained that while telehealth was beneficial to so many during the pandemic, 75% of physicians believe telehealth visits limited their ability to determine if patients were at risk for, or were already, misusing prescription and illicit drugs.

He said telehealth could be used to help treat and monitor patients who are misusing prescription drugs, but physicians need clearer guidelines to understand how to use virtual care in this capacity.

“Research suggests telehealth is emerging as a complement to, versus a replacement for, in-person care, and flexible care models should aim to maximize the value of both,” he noted.

Other concerning findings from the report were around the use of fentanyl, which 86% of physicians surveyed worry would claim more lives than prescribed opioids.

Nearly 80% of physicians surveyed fear patients will turn to illicit fentanyl if they can’t get a prescription medication, and 76% believe deaths from drug overdose will continue to rise even as the pandemic subsides.

Quest Diagnostics laboratories saw a 35% increase in positive drug tests for non-prescribed fentanyl during the pandemic (from 4.3% to 5.8%), which Kaufman called “an especially alarming” trend.

“Physicians need and want clearer guidelines on when and how to employ optimal drug monitoring, as well as guidance on how to use telehealth to care for patients with substance abuse disorders,” he said.

The survey results indicated physicians want this information: 78% said they wish they had more training on what to do if a patient was showing signs of prescription drug addiction.

“It is critical to provide these resources to help manage this urgent public health crisis,” Kaufman said.

Kaufman pointed out the drug misuse crisis doesn’t just come with a high death toll; it also has an economic cost, he said.

A study in NIH National Library of Medicine noted that each year opioid overdose, misuse and dependence account for $35 billion in healthcare costs.

In addition, according to the National Institute on Drug Abuse (NIDA), substance abuse in total costs $600 billion annually.

However, NIDA also notes that “drug addiction treatment has been shown to reduce associated health and social costs by more than half the cost of the treatment itself,” underscoring the importance of detection and early intervention for substance use disorders.

Improving access to evidence-based treatments for Opioid Use Disorder has been associated with savings of $25,000 to $105,000 in lifetime costs per person, according to a JAMA Psychiatry study.

Mon Nov 22 , 2021
Immediately, even the sphere of dentistry is wealthy in artistic entrepreneurs who actively create and introduce goods and providers which will appear cool and unusual to you. We could not assist but mention that contextual backlink impacts not only on the rankings. For instance you might be studying by the […]